A pep talk by the Queen has rallied the troops. With the same courage that young lads in the Great War went ‘over the top’, into a hail of machine-gun fire and certain death, Brits are on their doorsteps engaging in hand to hand combat with the ruthless Communist virus. The situation is hopeful.

The demonic pandemic, a cunning adversary and sophisticated exponent of hybrid war, has infected and ‘turned’ some of the world’s most respected scientists. In line with the public duty to snitch here is a list (with evidence) of the dangerous double-agents operating from the Swiss Policy Research safe-house using OffGuardian as a drop-box.

Dr Sucharit Bhakdi, specialist in microbiology and one of the most cited research scientists in German history. Says the Communist virus is a spook and fighting it will lead to collective suicide. Dangerous and well-placed dissident.

Dr Wolfgang Wodarg, German physician specialising in Pulmonology and former chairman of the Parliamentary Assembly of the Council of Europe. Provocateur. Enemy of Big Pharma and our way of life.

Politicians are being courted by scientists…scientists who want to be important to get money for their institutions. Scientists who just swim along in the mainstream and want their part of it […] And what is missing right now is a rational way of looking at things.We should be asking questions like “How did you find out this virus was dangerous?”, “How was it before?”, “Didn’t we have the same thing last year?”, “Is it even something new?”

I have never seen anything like this, anything anywhere near like this. I’m not talking about the pandemic, because I’ve seen 30 of them, one every year. It is called influenza. And other respiratory illness viruses, we don’t always know what they are. But I’ve never seen this reaction, and I’m trying to understand why.

If we had not known about a new virus out there, and had not checked individuals with PCR tests, the number of total deaths due to “influenza-like illness” would not seem unusual this year. At most, we might have casually noted that flu this season seems to be a bit worse than average.

Dr Yoram Lass, Israeli physician, politician and former Director General of the Health Ministry. One of the worst threats from within.

There is a very good example that we all forget: the swine flu in 2009. That was a virus that reached the world from Mexico and until today there is no vaccination against it. But what? At that time there was no Facebook or there maybe was but it was still in its infancy. The coronavirus, in contrast, is a virus with public relations. Whoever thinks that governments end viruses is wrong.

You can’t keep schools and day-care centres closed until the end of the year. Because it will take at least that long until we have a vaccine. Italy has imposed a lockdown and has the opposite effect. They quickly reached their capacity limits, but did not slow down the virus spread within the lockdown.

The new pathogen is not that dangerous, it is even less dangerous than Sars-1. The special thing is that Sars-CoV-2 replicates in the upper throat area and is therefore much more infectious because the virus jumps from throat to throat, so to speak. But that is also an advantage: Because Sars-1 replicates in the deep lungs, it is not so infectious, but it definitely gets on the lungs, which makes it more dangerous.

Dr Karin Mölling, German virologist. Spreads propaganda that the Communist virus is like the common cold.

Dr Tom Jefferson, British epidemiologist at the Cochrane Collaboration and  advisor to the Italian National Agency for Regional Health Services. Critic of plague-profiteering and the counter-insurgent hand-washing program.

Dr Michael Levitt, Professor of biochemistry at Stanford University and recipient of Nobel Prize in Chemistry.  Lulls public into a false sense of security. Refuses to hit panic-button.

German Network for Evidence-Based Medicine, an association of German scientists, researchers and medical professionals. Claims fatality rates do not provide evidence of a communist plot.

Dr Richard Schabas, former Chief Medical Officer of Ontario and Chief of Staff at York Central Hospital. “Quarantine belongs back in the Middle Ages. Save your masks for robbing banks.”

Professor Knut Wittkowski, head of The Rockefeller University’s Department of Biostatistics, Epidemiology, and Research Design for 20 years. Anarchist. “Social distancing and lockdown is the absolutely worst way to deal with an airborne respiratory virus”.

Given their prestige in scientific circles these individuals pose a clear and present danger to governments everywhere. There are others lurking in the shadows of peer review. For now, Jude Sabio, writing in the Mindanao Gold Star Daily, exposes an even greater menace.

WHAT is fearfully thought to be Covid-19 is just a harmless and beneficial enzyme naturally produced in the body to fight toxin: the exosome.This is the professional conclusion reached by Dr. Andrew Kaufman, M.D., an American qualified physician who aired his professional view through a video uploaded on YouTube. His video shatters and debunks the myth propagated by Chinese medical authorities and sensationalized media about a novel virus called Covid-19.

Kaufman relies on the authority of a real big hitter, Robert Koch, the scourge of tuberculosis, cholera and anthrax and one of the founders of modern bacteriology. Here’s some background from a paper titled What does it take to satisfy Koch’s postulates two centuries later?

The researchers suggest that while genomic sequencing may provide greater resolution Koch’s Postulates are still the litmus test. From a counterintelligence perspective the problem is compounded by the confession made by the authors of A Novel Coronavirus from Patients  with Pneumonia in China, 2019 . It’s worth recalling they were charged with identifying the virus by Bill Gates 5 years ago.

Although our study does not fulfill Koch’s postulates, our analyses provide evidence implicating 2019-nCoV in the Wuhan outbreak. Additional evidence to confirm the etiologic significance of 2019-nCoV in the Wuhan outbreak include identification of a 2019-nCoV antigen in the lung tissue of patients by immunohistochemical analysis, detection of IgM and IgG antiviral antibodies in the serum samples from a patient at two time points to demonstrate seroconversion, and animal (monkey) experiments to provide evidence of pathogenicity.

While the paragraph provides some scope for containment the opening line is clearly a disaster. The CDC’s guidelines on testing only make matters worse.

‘Operation Swine Flu’ was an enormous success, thanks to Margaret. For all that Bill and Tedros should be aware the renegade economist Michel Chossudovsky could scupper the plan to loot national treasuries again.

The unspoken truth is that the novel coronavirus provides a pretext to powerful financial interests and corrupt politicians to trigger the entire World into a spiral of  mass unemployment, bankruptcy, extreme poverty and despair. This is the true picture of what is happening. “Planet Lockdown” is an encroachment on civil liberties and the “Right to Life”. Entire national economies are in jeopardy. In some countries martial law has been declared. Small and medium sized capital are slated to be eliminated. Big capital prevails. A massive concentration of corporate wealth is ongoing. Its a diabolical “New World Order” in the making. The most serious global crisis in modern history.

Another pinko who needs to be carefully watched is John Titus, the front man for ‘Best Evidence’. He’s putting out the word the Fed is buying trillions of toxic assets ahead of a surge of unemployment from 4 to 32 percent this quarter that will leave 47 million Americans broke. Wall Street must be wondering when Anthony ‘Little Fowl’ Fauci and Billy ‘Vaccine’ Gates will kneecap the bastard

Counting future in addition to any and all deaths as CV victims has been sheer genius. Ditto for non-underlying young victims and substituting Italian footage for US hospitals. Full marks to the journo who dreamt up the Hart Island mass burial deception. That really went viral. 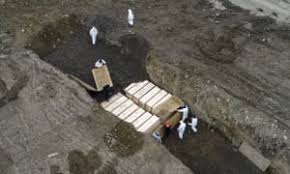 Our allies  – notably Modi in India – have been brill. Great pictures of migrants swarming out of cities like New Delhi. Cyril in South Africa has been full on. But of course his crowd have been fighting the commies forever. Lost to the Cubans but thoroughly screwed Koch in Operation HIV. Boris pulled a sickie right on time. Got the NHS and the proles eating out of his hand now.

Oh, just have to let you know. Essa’s ruling that Julian Assange must apply for bail to leave the dock has set the bar for social distancing. Way to go gal. Horsey, horsey, wiggy, wiggy as we say at the club.

Hate to end on a downer. There’s gossip spreading behind enemy lines that the Queen is at economic war with the people. Should be nipped in the bud. This could be worse than David Icke.

God save the reptiles.

2 thoughts on “The communist virus”